Way back in October, Kate asked: What does proof with little kids looks like?

Here's an answer from some of my fourth graders:

I walked in to class and told the kids that I had been walking down the street and found scraps of kids' subtraction work. I smiled. They asked if I was lying, and I lied and said that I wasn't. Then I said, also I found the original problem. They thought this shtick was pretty ridiculous. Anyway, I gave them this: 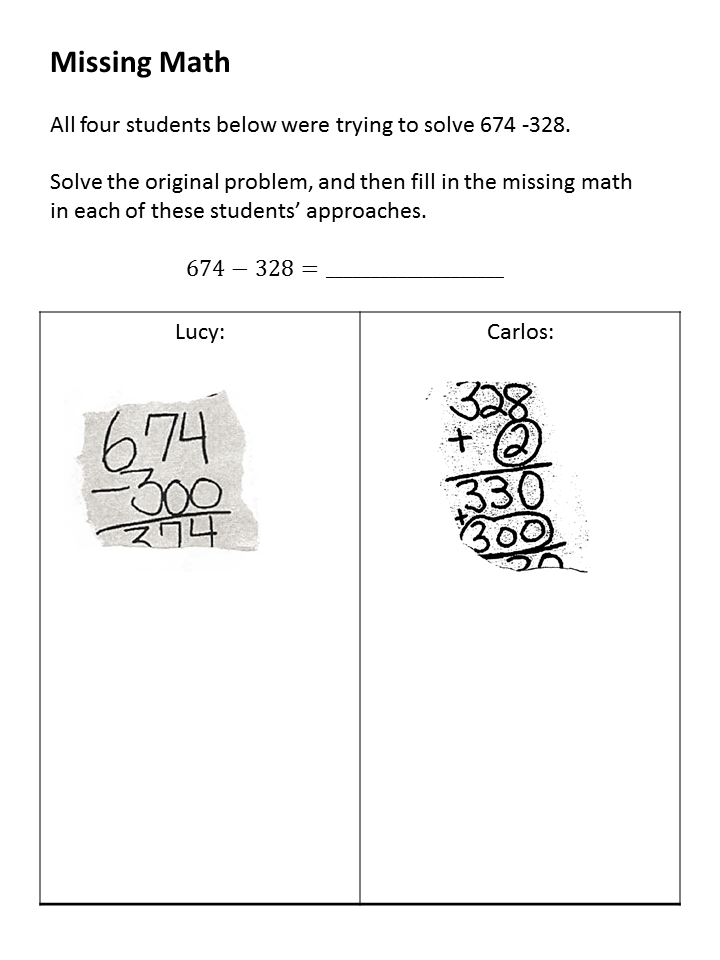 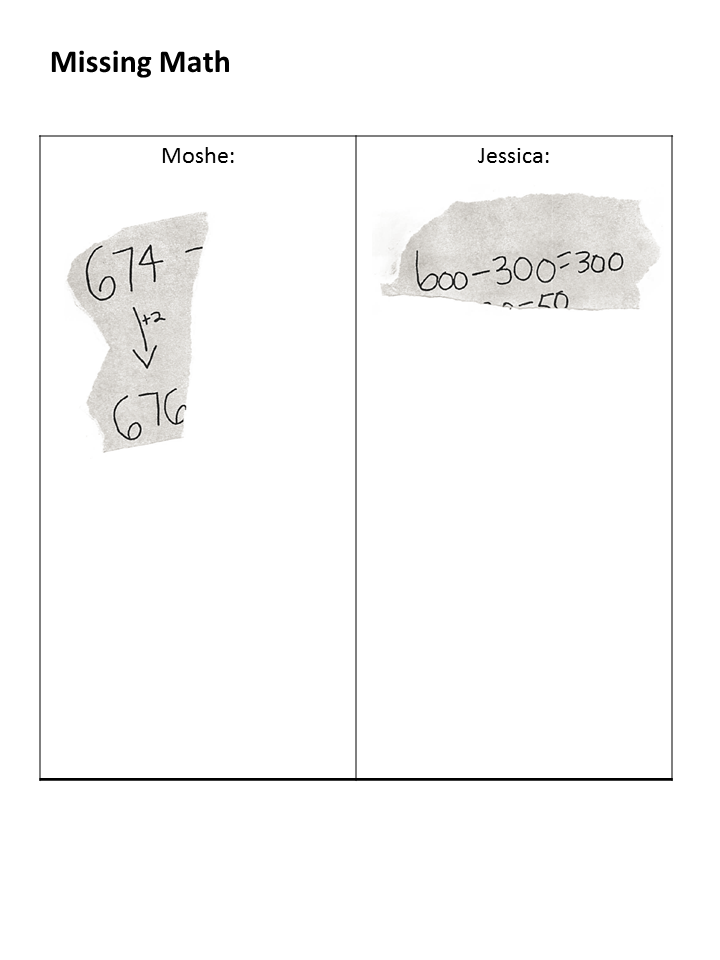 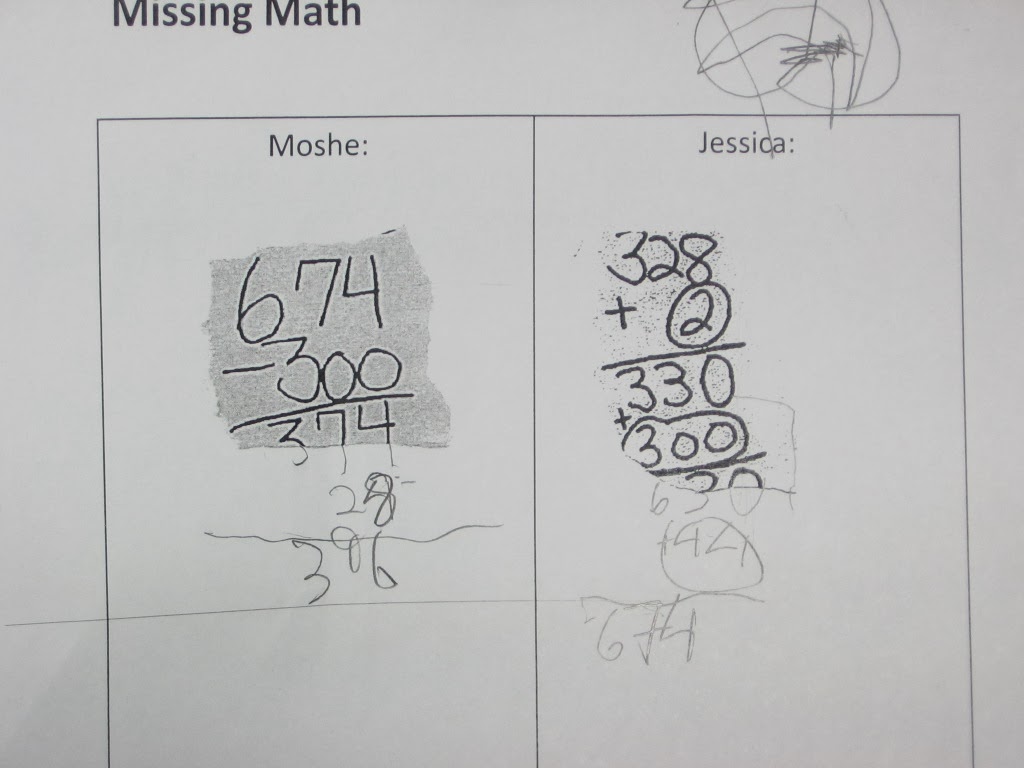 Then we went through each "kid"'s work and predicted what the rest of their work was going to look like. Then I revealed it, and we tried to figure out what the kid did. 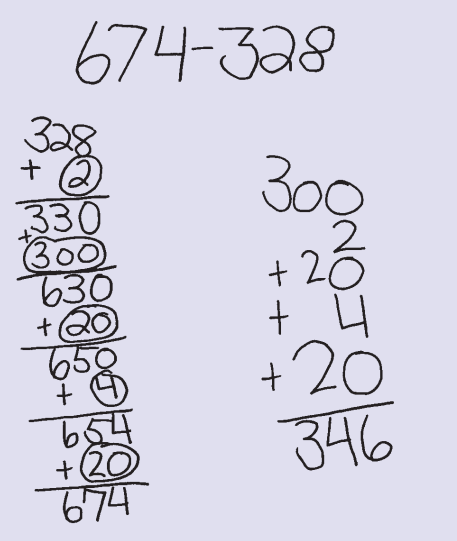 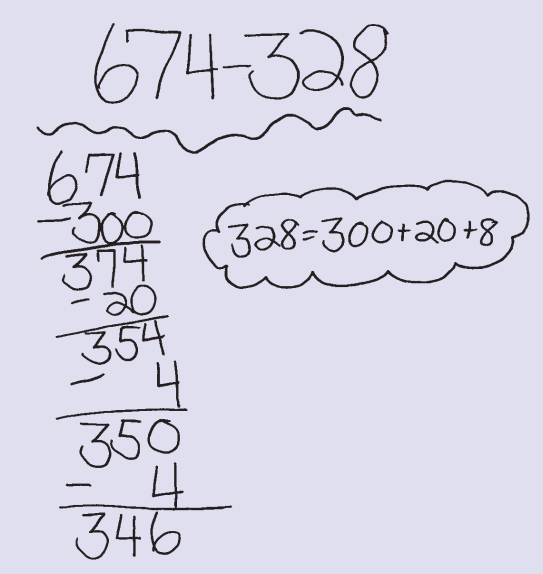 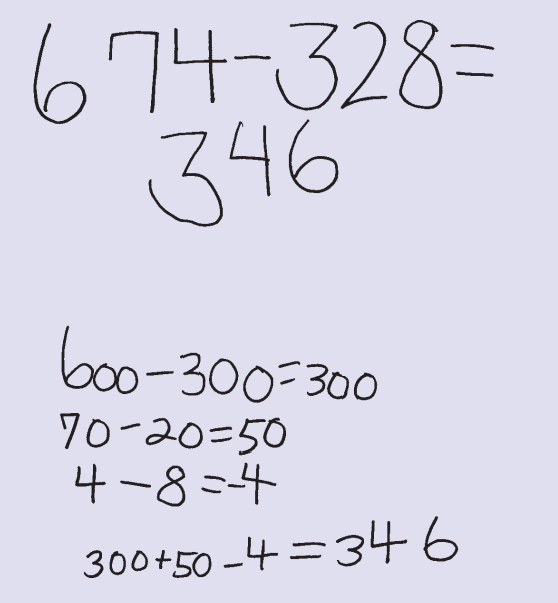 Ben Blum-Smith wants us to name our problem-writing techniques, so I'll file this one under "hide the math."

[The source for those pictures was this really great NCTM article, by the way.]
Posted by Michael Pershan at 1:28 PM