The way we talk is deeply connected to how we think.

That's the best way I have to sum up what I've learned about teaching over the past few months. It's a simple statement with deep consequences.

Consequence #1: Every piece of learning worth remembering needs a name. 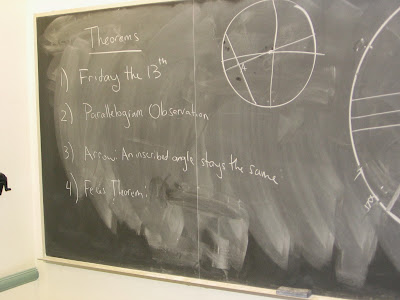 It's not important that the name be particularly descriptive. Names aren't usually descriptive. "Michael" doesn't describe my features in any way, but it is a hell of a lot easier to drop "Michael" in conversation than "that red-haired math teacher from NYC."

I almost always ask my students to come up with the names for these things, because it's fun, and that's how we end up with "The Feces Theorem" or "The Friday the 13th Theorem."

Consequence #2: Thinking is having a way of talking. Giving kids new ways to talk helps give them new ways to think. 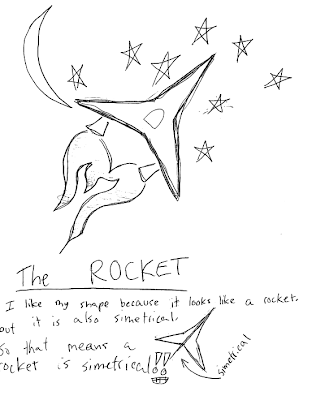 I put in all this work into helping my Trig kids see that the sin(45) is not 0.5 on the Unit Circle. We investigated the Unit Square, and it's "sine" didn't have this property either. This tends to be tough and mind-bending for my students, but the learning is slippery. You know how I can make it more effective, though? By introducing the language of "linear" and "non-linear", and giving them a way to talk about these functions and their properties.

Learning from Khan Academy means learning alone, and that means never developing a language to talk about concepts. Which means that you probably aren't really learning them.

(Or do you believe in the possibility of a private language?)

Trying to implement Christopher Danielson's Orpda and Hexagons lessons sensitized me to the connection between language and concept development.

Naming Infinity is a really interesting book about intersections between mysticism and math that influenced some of my thinking here. Ditto on my philosophy courses in Philosophy of Language, in particular "Two Dogmas of Empiricism," which is arcane but I take the paper to be an attack on the hard distinction between knowledge and language.

The title of this post has been lifted from Bret Anthony Johnston's book.
Posted by Michael Pershan at 7:09 PM