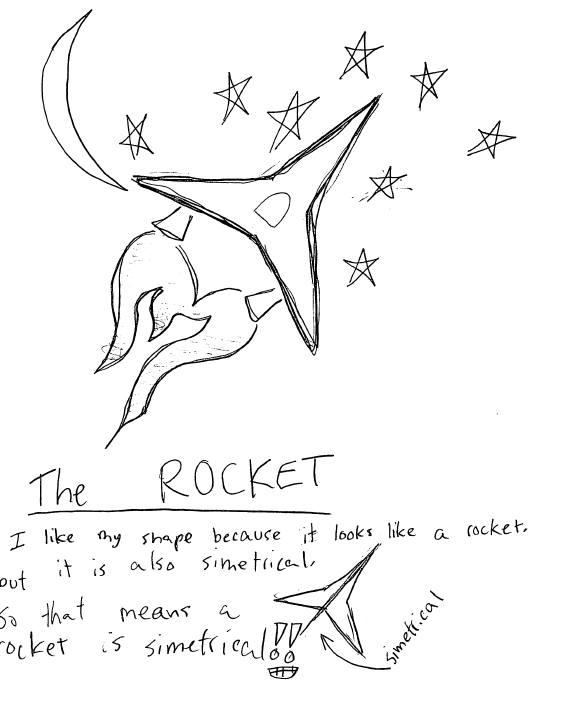 I'm betting that Danielson is wrong on his cut-and-paste theory, but I figure we'll give him a shot.

Earlier this year, I tried to implement Prof. Danielson's hexagon sequence in my Geometry class, and it basically failed. I tried again in my 4th Grade class this past week, and it's been going really well. Part of that is the age difference, but the other part is what I wrote to the kindly Professor about.

I sent him this email tonight. Enjoy, and keep the fantastic comments coming.*


Hey Professor, this email is too long, but I wanted to share some exciting hexagon moments with you.

Another fun day of hexagons today. After a slow start last week, things have been clicking with the 4th graders over the past few days. In particular, I was surprised by a bunch of coolness that happened today, and I wanted to share it with Prof.

Teresa called her shape "Squashed" because it looked like a squashed hexagon. Cool. Rather than directly ask students to clarify their thinking, I asked them to make little "What's My Rule?" puzzles and had the class try to discover and express the rule. Someone articulated a version of the "squashed" definition, so I turned a squashed shape on its side (so that it was now very narrow), and asked whether it was squashed.

Today I cut out a bunch of shapes (squares, triangles, various hexagons) and got all of the students sitting in a circle on the floor. The idea was to force them to observe the shapes from different perspectives, and to build the notion that our classifications ought to be invariant of viewing perspective.

I put down the shapes in the middle of the circle, one at a time, and asked them to speak up if we already had a name for this shape, or if it was a new one. I accidentally stumbled onto a really great question, because the hexagons that I presented were all similar, but non-identical to, some of your hexagon pieces.*

* I put those to good use as well. Each student got one hexagon piece handed to them, and that was their shape. I was eager to make this more about individual perspective than anything mediated by the group, so I wanted each kid to own a different hexagon.

This, more than anything else, helped drive us to some clarity in our terminology.

I meant to cut a shape that looked a lot like the three-pronged shape from your set, but I accidentally altered it a bit. When I put it in front of the kids, a lot of them started giving it a new name. I asked whether any of our old names applied to it. Someone said it looked like a rocket. Others said it didn't. Then a bunch of stuff clicked for me.

I realized that Lily, who gave us the "rocket" in the first place, owned the shape. I asked her, as the originator of the term, whether this new guy was also a rocket. She said that it also had three points, and then I realized that this was our data. This was the fact, end of the story. So I turned to the rest of the class and said, "Hey, that's really interesting. We weren't sure whether it was a rocket, but Lily said that it counted because it had three points." Then -- thank god for this -- a kid pointed out that my shape had four points. So then this became our puzzle. "Yeah, you're totally right. This does have another point. So how come it looks like a rocket to Lily?"

The big, big reason why this flopped so hard for me earlier was because I was completely unable to find the constraints on the problems involved in this context. If the kids have complete ownership over all these observations and terminology, where's the reality pushing back on their views? What are the problems to solve?

Over the past two sessions I feel as if I've had a breakthrough. The move is to make the particular visions of individual students into problems that the rest of us have to solve. We become students of our various ways of seeing things. The way our friends see the world is non-negotiable, and it's the constraints that push our language to more precision.

Posted by Michael Pershan at 9:30 PM