Are these figures the same shape?

Are these lines the same length? 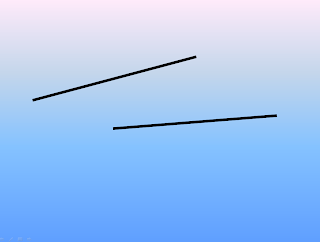 We've got options. We can move one segment until it lines up with the other, and compare them. Or we could get a ruler and compare each length on that. Either way, there's a way to check.

Are these the same shape? 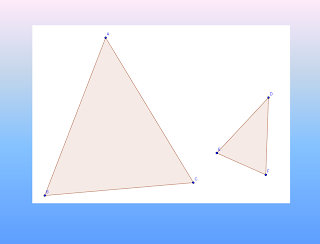 Is there a way that we can check? How about with these two figures? Are they the same shape? 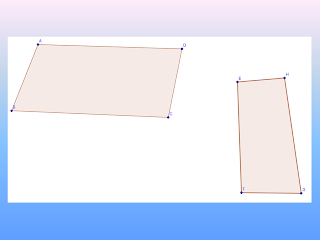 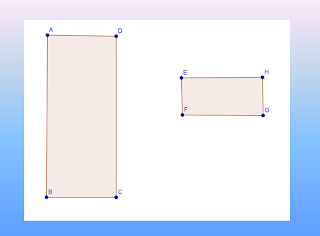 File this under "measure tasks," and see more here, here, here, here, and here. I have nothing much to add except (a) that this is one of them and (b) it went well in class last week. 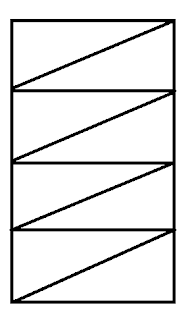 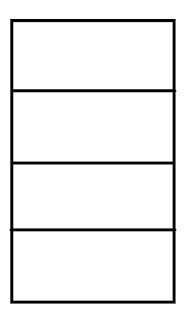 Meaning, hey, a whole number of triangles fits into the large rectangle on the right. Does that mean that they're not the same shape?

We settled nothing on Friday, and there's a lot to work with on Monday. We should distinguish between necessary and sufficient conditions. We should create a bunch of examples of pairs of shapes and sort out our thoughts. And, if we think triangles are different than other polygons, then we need to begin to grapple with why that is.

Here's hoping I don't screw it up!

P.S. Why are we doing similarity so early in the year? This is the point in the year when most people would have kids working with congruency, SAS, ASA and SSS and the like. (Or, alternatively, defining things.) So why aren't we doing that? There's a fuller answer to that, I think, but the short version goes like this:

How do you help kids see congruency shortcuts? Do you just list a bunch of combinations of side/angle congruency and then set out to test them? How do you test them? Patterns? Straws? Construction? I don't want to poo-poo all this, but there's a clear path forward for us if we've got similarity in the bag. We can conceive of congruency of two figures as a special case of similarity, with the congruency of one pair of sides fixing the scale factor to 1. And then the question is, what other shortcuts are there out there?

Besides, similarity is really available to us, as I hope this post helped to show.
Posted by Michael Pershan at 8:50 PM

Email ThisBlogThis!Share to TwitterShare to FacebookShare to Pinterest
Labels: Geometry