I have about 3 hours a day that I spend planning lessons. I'm currently trying to figure out ways of incorporating hard practice into my professional life. Last week, I experimented by allocating half of that time towards careful thinking about what students would struggle with during my lessons. I write these things down in a document that I call the "hard parts" document.


Overall, I was happy with the first week of this experiment. My lesson quality was better than what I had been averaging in the first semester, even though it was a tough week for me (I was sick and didn't sleep much from Monday to Wednesday). Focusing on the hard parts of each lesson felt difficult and required constant mental effort. Forcing myself to write down observations made the whole process visible, and kept me from getting in a rut.

Here's a selection of my "Hard Parts" document I produced on Tuesday, a day that went very well for my first period students. 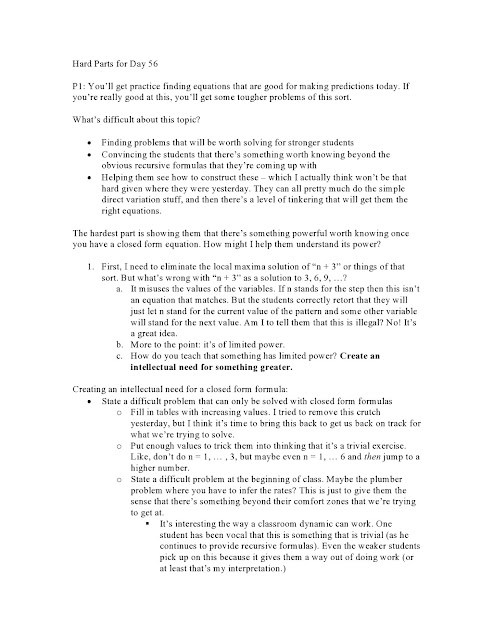 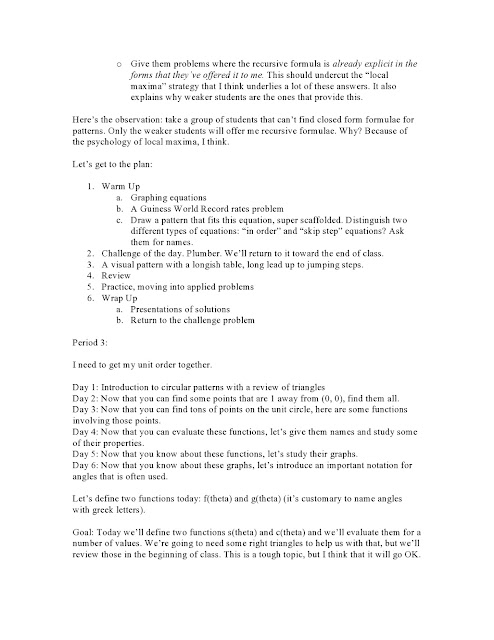 Concrete results came out of my time spent thinking about the most difficult aspects of my lessons. It was only on reflection that I realized that my students didn't understand the utility of closed-form equations for patterns, and I successfully created a plan that attacked that issue. It was during my reflection on what's hard about the unit circle definitions of sine and cosine (for my third period students) that I started worrying about the differences between heuristics and procedures. The solution: instead of directly having my students use the special right triangles to find values around the unit circle, I would start by having them estimate the values of a new function, s(theta), around the unit circle, and only make the connection with exact values later.

Unlike Tuesday, Thursday's class was a disaster for first period, even though I also devoted substantial time to my exercise.

The core of the lesson was the "Skype monthly plan" problem: 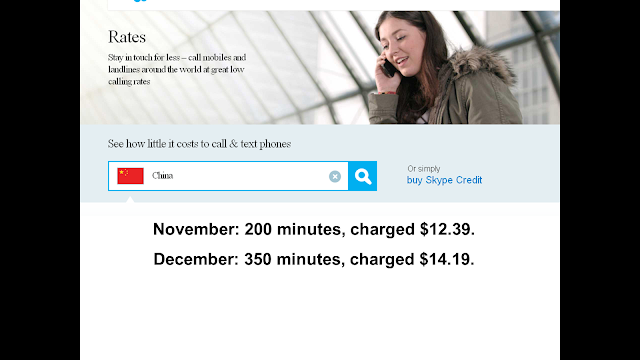 Here's the "Hard Parts" document that produced this lesson plan: 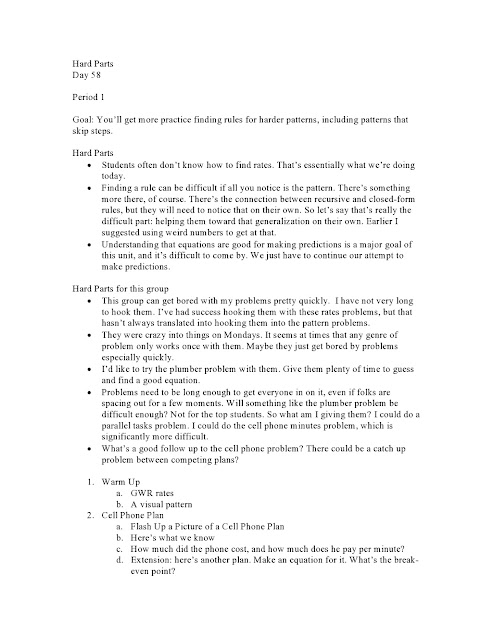 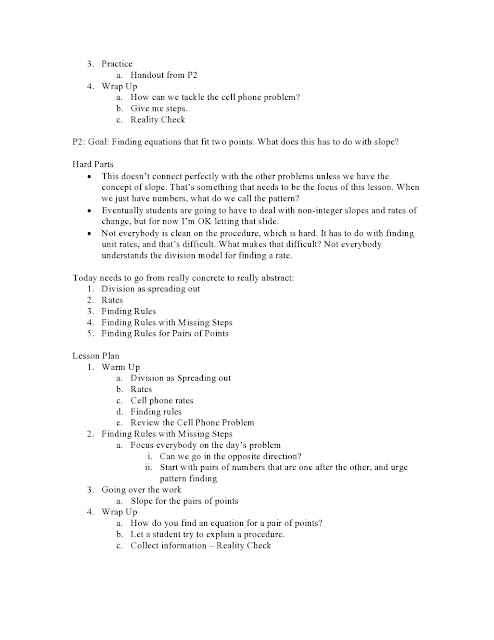 So, what went wrong on Thursday? If I did the exercise faithfully, how did my lesson get so muddled?

A careful read of my "Hard Parts" document reveals some issues with my planning:
What I'm realizing is that I have to be careful about plans or problems that coalesce toward the end of my allotted focusing time. Because I'm at the end of my time, and because I've already devoted a lot of thought toward the lesson, I'm tempted to skimp on mental effort for the actual problem that I want students to work on. That mistake can be a fatal one for my lessons.

I can help myself more by trying to come up with a rough plan on the weekends for what content I'd like to cover over the week. That's a bit of planning that I had been doing, but let slide. I think that will allow me to start each day with a bit more focus, so that I can spend the planning time anticipating issues with the day's core exercises.
Posted by Michael Pershan at 6:39 PM