Cleaning out my desk

Next fall I'm going to be at a new school, and that means cleaning out my desk at the Old Place. Old Place High School for Boys is where I've been for the past three years, and my desk has attracted a good deal of paper. 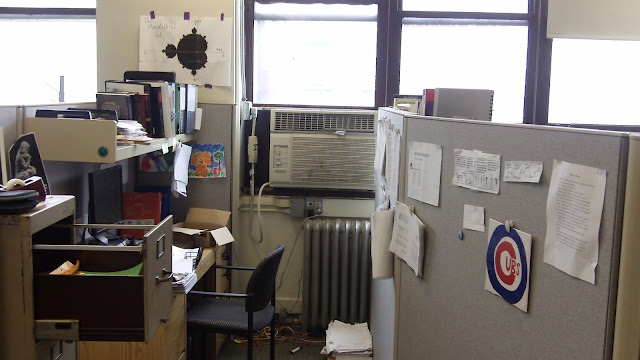 I didn't get weepy or anything when cleaning out, but I'm just sentimental enough to take pictures of a few things before throwing them away. Join me, if you please, on this semi-random photo journey through the awkward growth of a new teacher.

Our first stop is my first year in the classroom. These two pictures decently represent my stormy, confusing beginning: 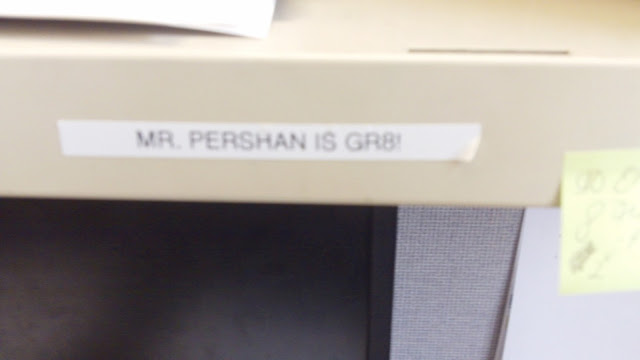 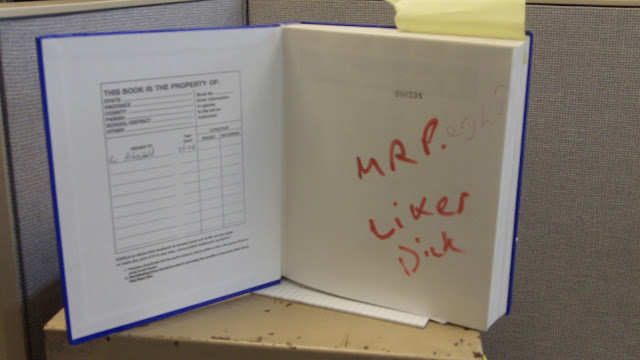 (I think it's awesome that someone looked at that book and said, "Mr. P could be anybody! This demands clarity," so he took out his pen and wrote "ershan.")

I tossed all of these things, because nothing really lasts, even the things that take an hour to cut up and stuff into envelopes for a 43 minute lesson. 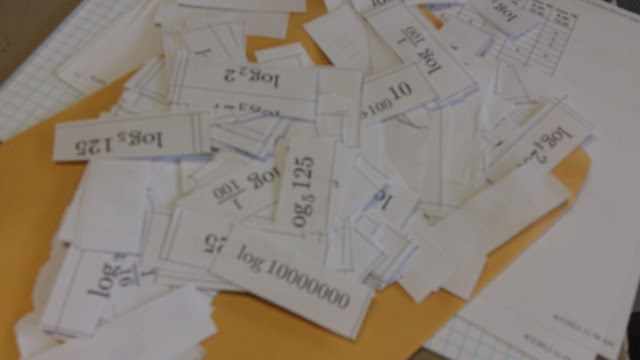 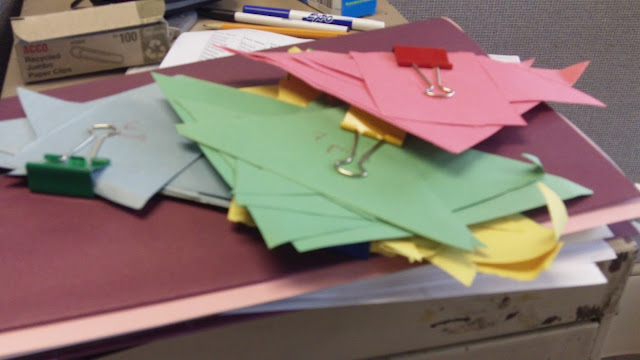 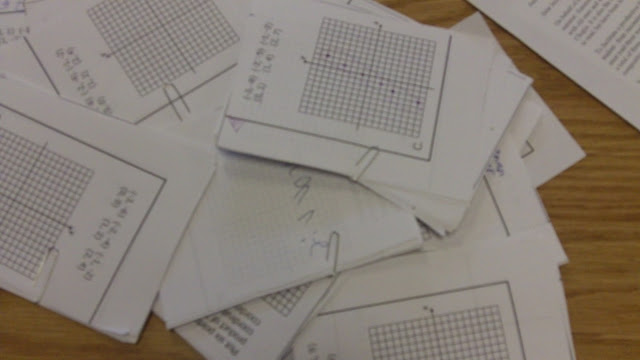 Here's another throwback from my first year teaching Geometry, when the idea of having actual models for plane/line interactions got me excited: 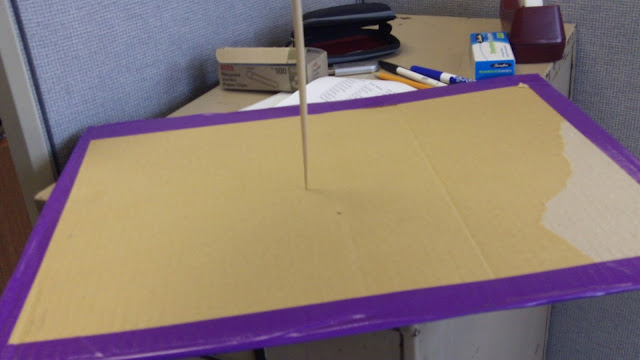 It's a plane! It's a line! They're perpendicular!

This next pic requires a bit of context. For a solid three months last year there was this incredibly annoying beeping noise that went off in the office. At first we thought it was the copier having some bizarre malfunction, but we used science to dispel that theory. (Turn copier off; beep persists.)

Anyway, it drove us nuts. It finally got me so upset that I chased the noise around the room and finally tracked it down to the inside of my desk. I reached in and my hand fell on this: 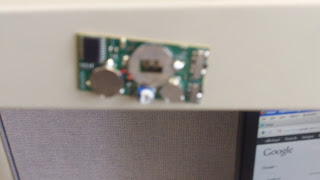 Good god, that was annoying. I impressed a bunch of colleagues later that year when they found themselves trying to figure out where some mysterious beeping sound was coming from...

I now feel ridiculous for ever thinking that storing all of my lessons in a binder was a good idea. 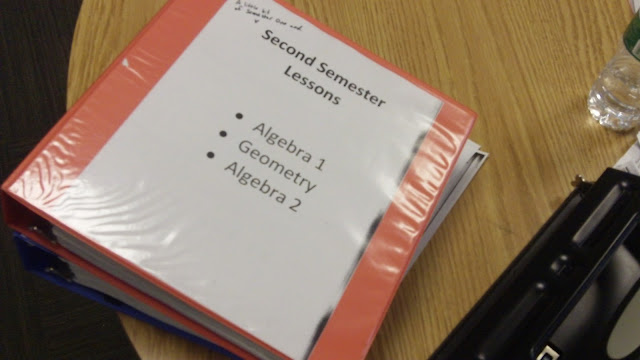 But it did feel great to throw all those out. Especially my behavior tracking sheets, which lasted for about 4 months at the beginning of my second year: 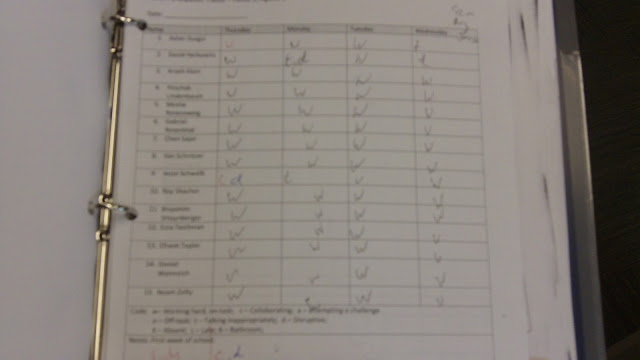 I used to walk around the classroom keeping track of who was doing what behaviorally. It didn't work particularly well for me, but I had a really, really rough first year, and I used this to try to manage things better during year two.

At the end of the day, I had a good time at Ol' Old Place, I learned a ton, and I met a bunch of really cool kids, some of whom appreciated and liked their time with me. 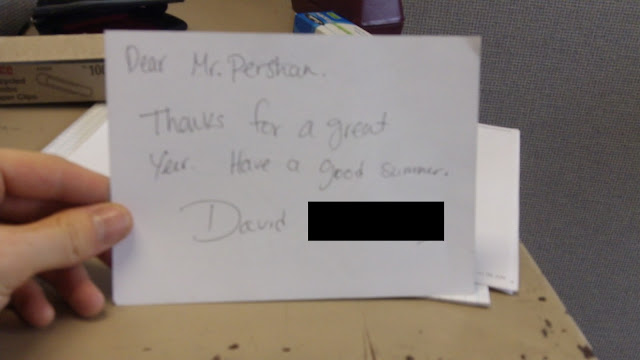 It was time well spent.

Onward and upward, or whatever.
Posted by Michael Pershan at 7:41 PM 6 comments:

Poverty matters more in the US

I'm on a bit of a wonkish kick, and I'm loving the PISA 2009 post-game analysis put together by the OECD about the relationship between poverty and the PISA data. Here's a table that I found illuminating from that report. 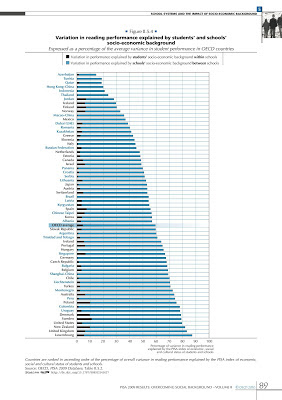 To give this some context, the question that everybody in the US wants to know is: when you control for poverty, does the US still ends up performing middling on these international exams?

* There are a lot of interesting things you have to do to tackle that question. You need to devise a way to measure poverty (or socio-economic status). You need to decide how you want to "control" for poverty. I'm eliding the decisions made in this particular report for now.

Anyway, the OECD did this analysis and here's what I find cool. On one end of their ranking is the US. In the US, if you just knew the socio-economic spread, you could've predicted about 80% of the spread in US reading scores.

So poverty matters, right? Ah, but check out the top of that table:

In Hong Kong the poverty spread only explain about 20% of the spread in scores? What gives with that?

Poverty sucks, and poverty makes learning harder. But, internationally, poverty isn't a singular, over-riding factor in determining the outcome of a child's learning. But in the US, poverty largely does play that role.

All of which makes for a confusing national debate. If you look only at the US, then it looks like poverty is close to fate. But if you look internationally, it seems as if poverty is only one major, important factor out of several in determining what sort of education a young person can expect.

So why is it that poverty matters more in the US? I don't know. I assume it's because in the US there are all sorts of other negative factors that happen to be coupled with poverty.

But don't let anyone ever tell you that this stuff is simple. It's complicated.

In the comments, Sue asks, "Maybe the schools aren't segregated as much by income in Hong Kong."

The OECD has a figure for that: 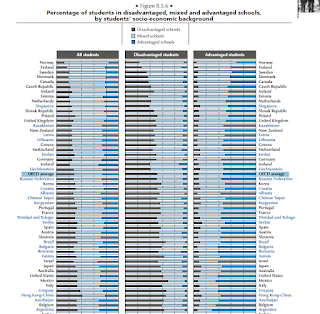 The US actually has a higher percentage of students in mixed income schools (as defined by the OECD, of course) than Hong Kong.
Posted by Michael Pershan at 2:12 PM 7 comments:

Oh. That's why people spend 40 years in the classroom.

It's been three years since I started teaching. Out of nowhere, this shows up in my inbox:

My quick update: In Brooklyn college finishing my first complete year including summer classes now. I have been thinking and appreciating deeply your teaching of Functions when we were in class. I started off fall semester with a 2.93 gpa was unhappy with it i worked much harder in the spring and now have a 3.3 gpa. I am majoring in Childhood education teacher (grades 1-6). Hardest class in college: Psych Statistics. Lastly, I am still with my girlfriend for over 2 and half years now going strong.

He almost failed out of high school. He's going to be a great teacher.