There are a wide variety of mathematical errors, and it's worthwhile to try to find patterns and themes that stand behind the particular mistakes.

The following quote is from Thinking Fast and Thinking Slow:


"I propose a simple account of how we generate intuitive opinions on complex matters. If a satisfactory answer to a hard question is not found quickly, [the intuitive capacity] will find a related question that is easier and will answer it. I call the operation of answering one question in place of another substitution. I also adopt the following terms: the target question is the assessment you intend to produce; the heuristic question is the simpler question that you answer instead." 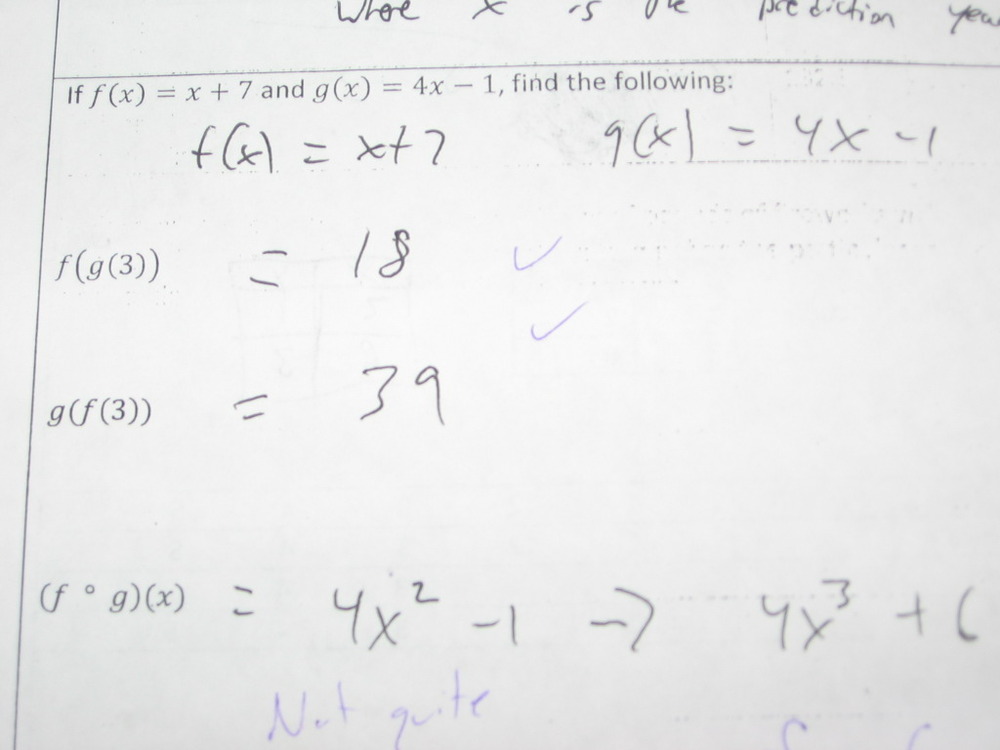 Not all errors involve some sort of substitution. Sometimes we avoid jumping to a conclusion, we grapple with the difficult problem, but we still make a substantive error. This is just one type of mathematical error.

Questions for homework:
Posted by Michael Pershan at 5:31 PM 8 comments: 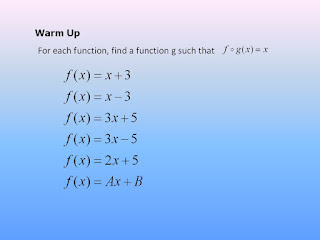 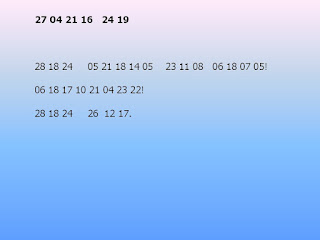 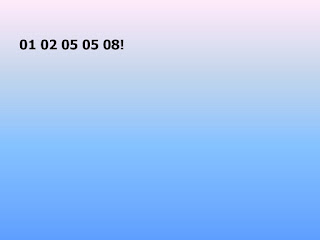 But I feel like I didn't nail this lesson. The concept seems solid, but I don't think I made it really interesting or especially challenging. Any ideas on how to improve it? I'm giving it another shot next week with 11th graders.
Posted by Michael Pershan at 6:37 PM 5 comments:

"Substituting for x" is a subtle killer 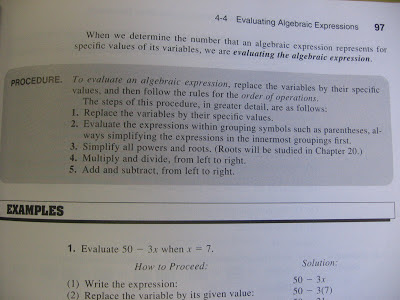 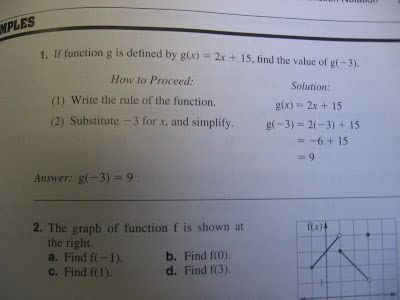 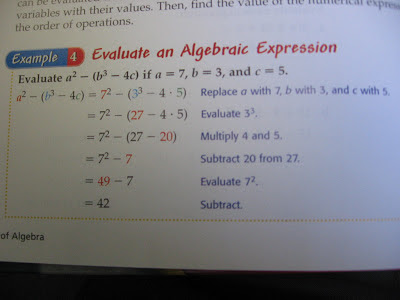 "So I just swap the number and then treat it like arithmetic? Oh, that's easy!"

Here are some common mistakes kids make when evaluating expressions or functions:
I think that if you want to help your kids avoid these mistakes, you're not doing them any favors by talking about swapping, replacing, substituting or blanks. All of this language support a "mystery value" picture of expressions and functions, where variables stand for particular numbers, and every variable is just waiting to be revealed as standing for a particular mystery number.

Instead, it's helpful for kids to think of expressions and functions as operations to be done on any number. Number tricks are a nice way of setting this up, but I think that you can undercut things by talking about swapping/replacing/blanks when dealing with expressions or functions. The reason is (and this is subtle, and possibly wrong) because swapping says "this expression is just about particular numbers."

Better language would be applying the expression/function to a number. This emphasizes that the expressions says something about numbers in general, which can be applied to any particular number. (Evaluating is fairly neutral language, but not if you define evaluating as "substituting.")

There's a further difficulty when teaching function notation that I want to get off my chest. If you introduce function notation with evaluation, and define evaluation as swapping, kids miss out on the subtleties of the notation. Why do they miss out? Because evaluation with swapping is too easy -- you just ignore the random letter before the parentheses, take the number inside the parentheses and swap any variables with that number.

But does that f stand for something? And what are the parentheses doing? What is f equal to? What if you have an f inside the f? Is that like f times f? And what does this have to do with outputs and inputs? Does f stand for the output?

Evaluating functions with swapping doesn't give kids enough friction to force them to notice the weirdness of this notation. And that means that they're missing out on the move from seeing functions as processes to seeing them as mathematical objects, the sorts of things that we can use adjectives and predicates to describe.
Posted by Michael Pershan at 12:11 PM 7 comments:

Everybody with an internet connection is participating in a massive experiment. The experiment goes like this: what is the effect of a distraction machine on the human race? (The Amish are the control group.)

I'm incredibly nervous, all the time, about how effectively I'm doing stuff and getting better at doing stuff. And -- right now -- curbing my internet habits is the major front of that effort.

Here's what I've done so far:


Overall, the goal is to start batching my consumption of online stuff.

I think that this stuff matters. A lot of folks recommend subscribing to hundreds of blogs and scanning them quickly to find the important stuff. Same with twitter. (Which I struggle with too.) That might work for some folks, but being distracted doesn't support my goal of being a thoughtful teacher that (eventually) comes up with some really good stuff. So they have to go.
Posted by Michael Pershan at 9:46 PM 5 comments:

Prizes and contests spur innovation. Think of the Millenium Prize Problems or the X-Prize. The other thing that spurs innovation? Lists of problems. Like Hilbert's. Or Jay-Z's.

In the spirit of all these lists and contests, I'm happy to announce the Really Important Teaching Problems (RITP). These are some of the most difficult, knotty problems that teachers are grappling with in this new century. Work on these problems continues because of their importance and seriousness.

Successful solution of any of the RITP problems will be awarded with the following:
(At this point it seems necessary to mention the generosity of the Gates Foundation.)

Attempts were made at succinct and direct statements of the problem. Problem were selected with input from our board of advisors. Without any further delay, I present to you the RITP problems:

[The board has approved changes to this list of problems, contingent on convincing arguments being dropped into the comments of this post.]

So, get on it, everybody. I don't want to keep all this money for myself.
Posted by Michael Pershan at 3:17 PM 16 comments: